Making use of what’s available is a staple of small-town life. When residents in the Gifford area need a place to meet, they count on the warm and well-furnished Community Building. That space is available thanks to the continued efforts of a few crafty benefactors called the Gifford Homemaker’s Club.

They look after vulnerable people in the community. They fund the upkeep for the Community Building.

“A lot of us started when we were quite young.” Says Mary Dau. “My mother was a founding member and it’s just always been a part of my life.”

When seen from a map, Gifford is just a spot between Lenore and the Camas Prairie. Strong agricultural roots provide a living for many families and what the area lacks in other industry, it makes up for with quiet charm and tranquility. The Homemaker’s Club serves as a way to temper the quiet by connecting people.

“We get together every week,” says Susan Chafee. “We keep each other apprised of what’s going on but we really keep it positive. There’s no room for gossip.”

Those weekly meetings are a great way to find out who might need help with medical issues, or is in need of a ride, or might just be going through a rough time.

They put together gift bags or arrange to provide meals or anything else they can do to ease the burdens of their neighbors. 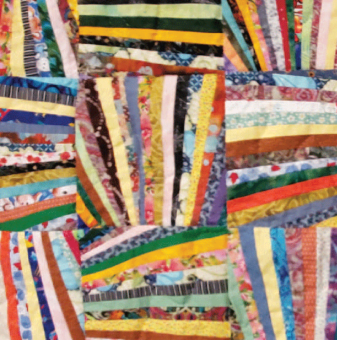 Those weekly meetings are also used for the biggest job of all: quilting.

In the early days of the club, they needed a way to raise funds. They went with quilting because it’s something they all knew how to do and it required very few resources: scraps of cloth, needles, thread, and lots of time.

“That’s what women did,” says Ruby Butler. “They made quilts and they embroidered. It’s something they knew how to do and then it became a tradition.”

The Homemaker’s Club traces its roots back to 1948 and the University of Idaho County Extension Office. The extension agent used to visit each small town to teach people about budgeting, gardening, food preservation and other information to help stretch their dollar and nurture the land. They even taught people how electricity could improve their lives. In a lot of cases, they built up clubs to help foster and pass on that knowledge to the next generation. “In the country, you didn’t go to town much, so this serves as a social club too,” says Ruby.

There used to be homemaker clubs in all of the small towns, though many have faded away with time. 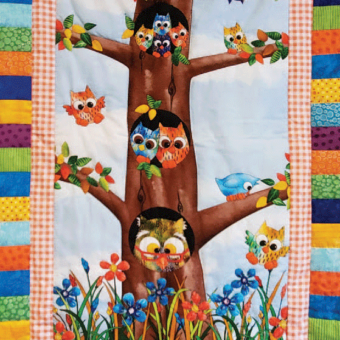 In the early days, members took turns hosting the monthly meetings in their own homes. “At some point in the year, your mom would host the meeting. When it was your turn to host the meeting, that house was clean - I mean clean from top to bottom!” exclaims Mary Dau.

Today, the club’s primary goal is to raise funds for the Community Building.

At one time, Gifford had its own school but over time, there were fewer and fewer families to fill it. In the 1940s, the decision was made to consolidate the Gifford School (along with Reubens & Melrose schools) into the Culdesac School District. That left the small, oneroom schoolhouse empty. The State of Idaho agreed to sell the building to the Gifford Homemaker’s Club for $1 which led to the official formation of the Gifford Community Building.

Ever since then, the Homemaker’s Club has supported it. The Community Building is used for weddings, meetings, funerals and even a place to vote during election years.

As a way to pay for maintenance, cleaning and other costs, a quilt auction is held every other year. Custom, hand-made quilts, embroidered towels, wall-hangings and other items are sold at a live and silent auction. There are also baked goods, desserts and a myriad of other items for sale.

At the most recent auction, more than 50 people packed into the main room to bid on the myriad of colorful quilts. Dozens more stopped by for lunch and dessert. While the quilt auction is a very popular and public event, most of the actual quilt-making is completed by just a handful of dedicated people. They meet every Thursday to work on the quilts and to share each other’s company. Mary adds: “It’s a lot of work but you can quilt and talk at the same time.”

“My favorite part is just being accepted by talented women in the community,” says Susan. “They really care about each other.”

The future is hard to predict and there is always some concern over who will carry on the club’s work to the next generation.

“Sometimes I worry we’ll end up like other clubs,” says Susan. “I can only hope the younger women can keep it going. We’ve kept that building up and there’s more to be done.”