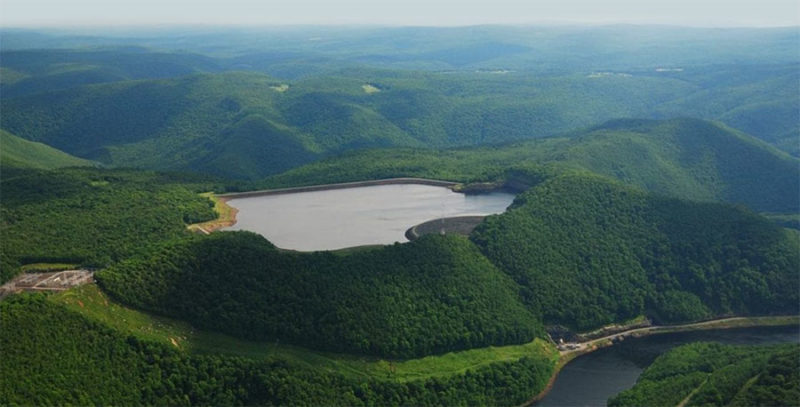 Storing energy efficiently would help us match production and consumption. That is the key to integrating new and different sources of generation onto the electric grid. Here are five methods to “store energy” when electric demand is low so we can use it to make electricity when demand is high. 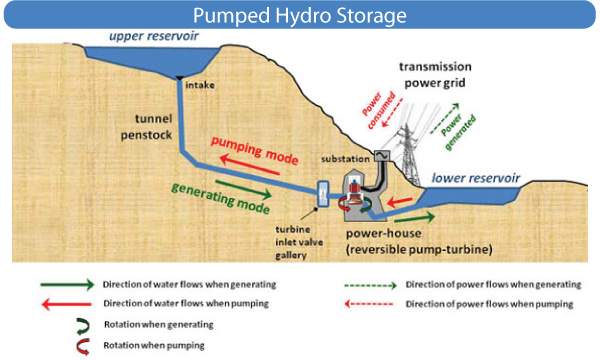 At night, when energy demand is low, large pumps move water into an elevated reservoir. Later, when electricity is needed, the water can be released into pipes and gravity moves the water into a lower reservoir. On its way down, it passes through turbines to make electricity. This process simulates rivers and dams but can be built practically anywhere. Learn more about how pumped hydro storage works. 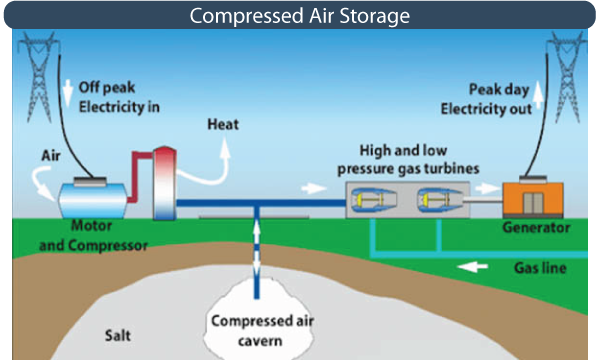 This method uses excess electricity to power pumps that compress air into high-pressure tanks. The air can then later be released and fired into a combustion turbine along with a tiny amount of natural gas, to spin the turbine and create electricity. Learn more about how compressed air energy storage works. 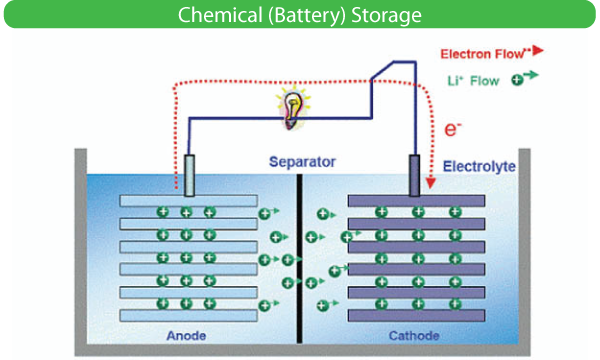 The most common form of energy storage, batteries use an initial charge of electricity to separate chemicals into two separate chambers (positive and negative). The charge from the negative chemicals wants to move across to the positive side. As the charge moves, an electric current is generated. Over time, impurities are formed, slowing down the chemical reaction and the charge loses its capacity to move efficiently. The concept is the same for old lead/acid batteries or modern lithium/ion batteries. Learn more about how chemical energy storage works. 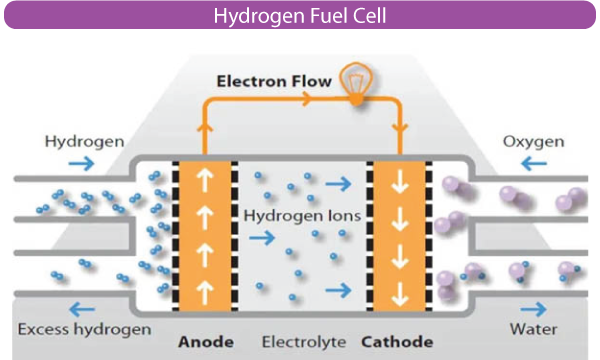 Hydrogen fuel is easily made by passing an electric current through water. This splits water molecules into hydrogen and oxygen gas. (Both of these are useful gases when separated.) Hydrogen is then stored in a special device that operates much like a battery. Hydrogen on one side passes to the other side where it can bond with oxygen. As it moves, it generates an electric current. The only byproduct of the fuel cell is pure water. Learn more about how hydrogen fuel cells works. 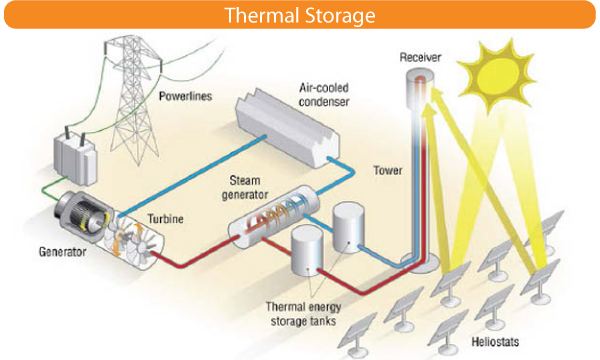 Daytime solar energy can be used to heat salt solutions to temperatures over 1000°F! The salts are stored in insulated containers. When electricity is needed, the salt is pumped into a steam generator that boils water, spins a turbine, and generates electricity. It is then pumped back into the storage tank to be heated and reused. Learn more about how thermal storage works.