Home Ruralite Peering into the Past
June 1, 2022
Ruralite 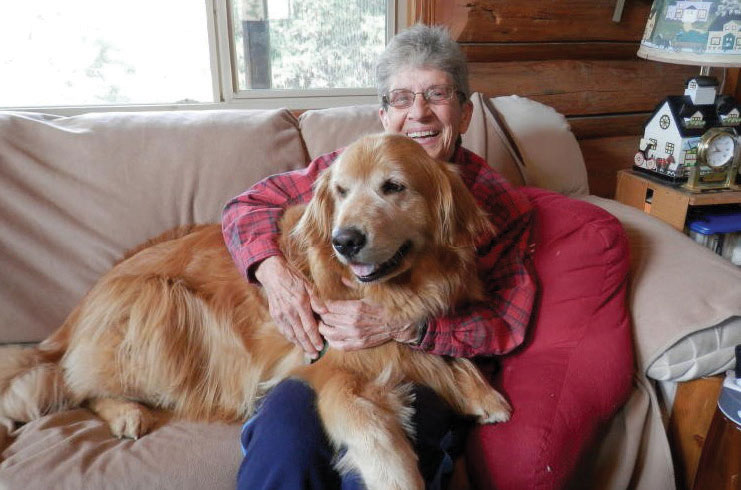 Virginia McConnell has lived many lives in the course of just one. Before she began a career in teaching, exploring the written lives of classic works of literature alongside college students and high schoolers, she practiced law in San Francisco for several years.

That was the 70s, and undoubtedly, McConnell could write a book on those years alone. But she’d actually been envisioning a far less freewheeling life - she’d spent eight years in a convent near her hometown of Syracuse, New York, studying for a college degree and teaching high schoolers while preparing for her vocation as a Catholic nun.

McConnell left the convent just before the time came to take her final vows, but she took with her a love for research that carried her through all her career paths and a deeply-held faith that she was destined to write books of her own someday.

McConnell has always felt drawn to lives lived long ago. She is a true crime writer having published five books exploring murders, love affairs, and courtroom dramas through the eyes of the ordinary people. Her immersion into research often left her feeling like she is “spying into the past.”

“These people probably felt they were going to keep these secrets forever and ever and ever, that they’d die with them,” McConnell said. “But in the framework of this murder that was committed, everything comes out. They weren’t thinking about what people would think of them 100 years from now, but we can get this clear picture of who they were and how they would have lived.”

Using court documents, contemporary news clippings and insights from living descendants, McConnell is able to piece together vivid portraits of scheming young wives in Gilded Age Kansas and fabulously wealthy heirs dying young in 1920s Chicago. Her nose for research has led her into genealogical archives and dusty census records in pursuit of long-forgotten facts, and her lifelong love of reading and classic literature allows her to compellingly reconstruct the minute details and interactions that no one thought would be relevant in their day - until they led to something scandalous.

“Sometimes not even their grandchildren have any idea what stories were hiding in their family’s past,” McConnell said. “But the thing about these small towns where my books have often taken place is that something always makes its way out in a rumor.”

After she spent a few years practicing law in San Francisco, McConnell found herself looking for a small town of her own to call home. She first moved to Sacramento, where she returned to teaching high school English as she had back in New York, but she knew she wanted somewhere more rural, more wild and Western. When an opportunity to teach literature at Walla Walla Community College’s campus in Clarkston presented itself, she jumped.

“When I got the job, I asked if I had to live in Washington or if I could look for a place to live out in Idaho,” McConnell remembers. “They laughed at me for that one, told me ‘Sure you can, but why would you want to?’ But I knew Idaho would be the place I needed to be.”

McConnell found 30 acres of property to call home outside of Troy, where she still lives today. Over the course of her career as a professor, she spent summer breaks and idle hours digging through archives in search of the juiciest secrets for whichever book she was writing at the time. In those days, that often meant hours hunched over microfilm newsprint at the library and requesting census records by letter, and leads often led to dead ends. Her goal was to research and tell the stories no one else ever had - no writing about Lizzie Borden or Jack the Ripper for her.

Now retired from teaching, McConnell spends much of her time reading, enjoying the abundant wildlife surrounding her property and relaxing with her golden lab, Charlie. She doesn’t have any concrete plans for another full-length true crime book just yet, but she hasn’t shaken the research bug by a long shot. Her archival-digging skills are put to good use in her volunteer work with the Juliaetta-Kendrick Heritage Foundation’s research projects, for which she’s helped compile research and write stories on small-town scandals and historical happenings long forgotten by locals.

There’s always so much insight to be found from reading between the lines of an otherwise dull-seeming news report when it comes to town gossip and rumor, McConnell says, and frequently, what she finds proves to her that people have always been the same all over.

“You find all these parallels of teenage rebellion, of normal people being driven to do extraordinary things, acting out of desperation, same as they do today and all throughout history,” McConnell said. “And I think that’s what’s so compelling about looking into the past a little deeper - it’s never what the overarching narrative would tell you.”